I have tried a few Pecan Pie recipes before I developed this one.  Lets face it, Pecan Pie is really difficult to get wrong but I was pursing a recipe that did not include corn syrup. Why? Well... Long before the Paleo Diet eliminated corn from our diet, we avoided corn because my son as born allergic. So the idea has always been something I toyed with. What I ended up is using a traditional recipe that was modified/substituted with the ingredients similar to the original.

So yes, this recipe is paleo compliant but as far as desserts go tho, this one is WAY TOO HIGH in sugar. So *DEFINITELY NOT* Low Carb. But hey, thats what the holidays are about... 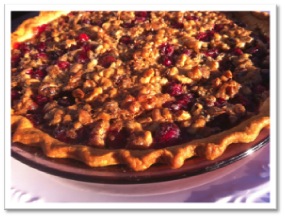 I think while preparing this for Thanksgiving, you can make the filling ahead and chill to fill your pie crust and bake later.  Why not! I am always trying to make as much as I can that day ahead!!!