What's that you say? You have been bitten by the lazy bug and you need a dish that feeds a crowd for the pot luck? TODAY!?!?!?!?!?!   Well believe me when I say this, "I've been there".  In fact just last weekend I woke up Sunday morning needing a pot luck dish to take with me by 9:30 am.   It takes very little effort to throw this soup together and I never come home with any leftovers.  EVER.  The best part? Nobody ever realizes that is was my lazy version of the soup either.  It tastes every bit as good as the kind you slave over the stove to make.

I want to point out that it is a tad bit on the garlicky side.  I think garlic makes everything better. I also want you to notice that I am not using thickener.  I had intended to but the soup turned out so nice and thick as it was that I did not need any. Probably because I don't add the cream.  You don't need it! ;-) 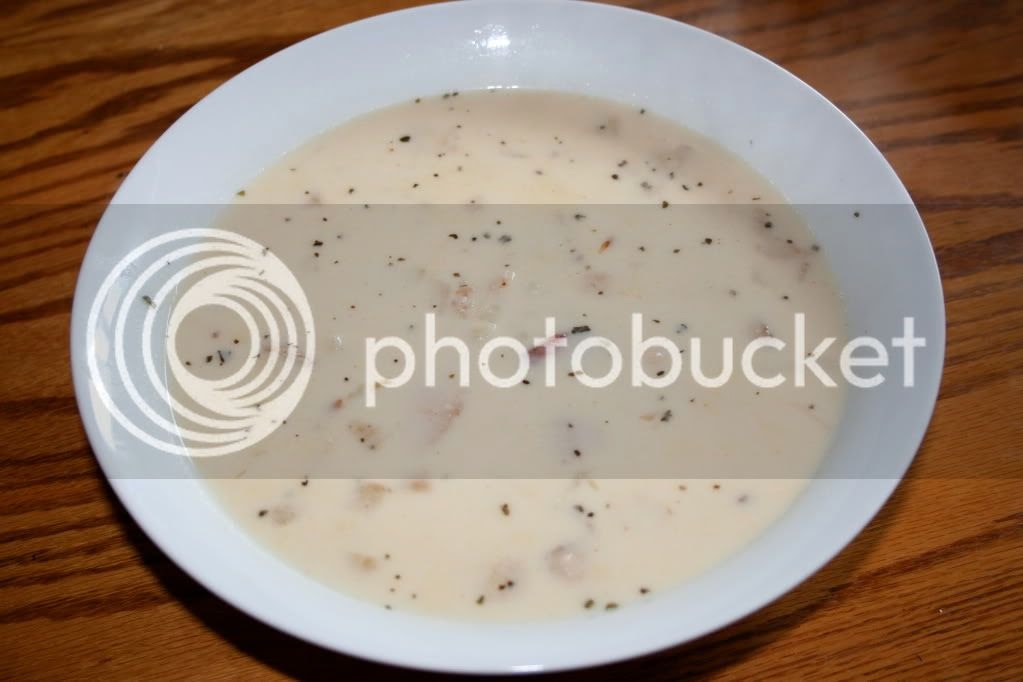 Note:
Some Jarred Bacon Bits contain gluten, proceed with caution.  I usually steal out a slice of bacon or two whenever I make it for breakfast to chop and store for just such a recipe.