Well......all of the honey dew mellon vines are dead now.  We have no idea why or what went wrong.  None of the other vines seem to be sickly.  I can't see any sort of bug infestation. I mean, there are bugs.  There are always bugs.  I just don't see any signs that this was the cause.  Just odd.  One rather large Honey Dew Mellon hangs from the dying vine.  All of the other vines are doing well.

We did some planting this week.  The purchased Sweet Potato plants went in the potato raised bed.  If we had the forethought, we would have made our own sweet potato plants and rooted them.  Head on over to Home Joys and see how she does it.   We also planted a Rosemary bush and a Cilantro plant (my two favorite herbs).  The Zucchini from last week is doing awesome. The yellow squash does not look quite as well as the zucchini though.  Oh how I hope it pulls though.  We harvested our first bunch of Red Tomatoes just today in fact. Jalapeno's are being harvested by the bushel full.  My husband continues to work on and improve the soaker hoses.  The tomatoes are growing all over the place in a sloppy mess.  Next year the hubs declares that we will grow them on something similar to the climbing beds. 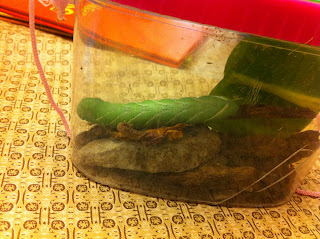 Horned Worm?  Found it on the Bell Peppers!
It is now a bug experiment for the kids. 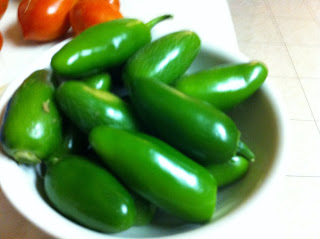 This is only a few of the massive amounts of Jalapeno's being harvested.
Jalapeno's anyone? 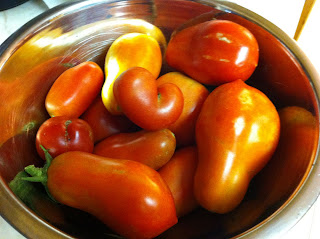 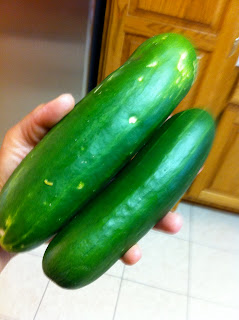 I LOVE my cucumbers! 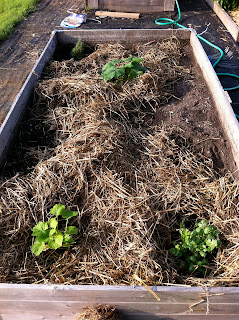 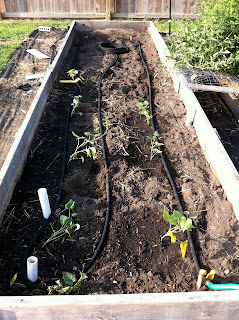 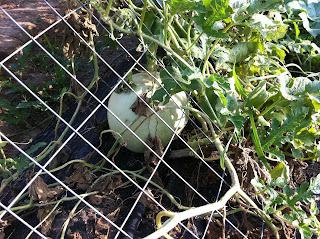 Behold, the only Honey Dew 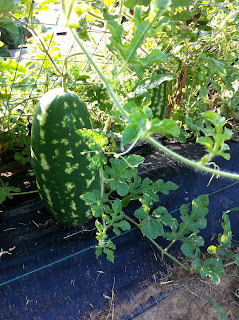 Funny how this watermelon has grew enough to sit it's
little tooshie down on the ground now.
See the new one just to the right?