The Good, the Bad and the Ugly edition.

I have been away from my garden for two weeks.  My brother offered to do some maintenance for us while we were gone.  He harvested the potatoes and the onions and put them to up to store.  Even with a visitor taking care of our garden, there was still an incredible loss. 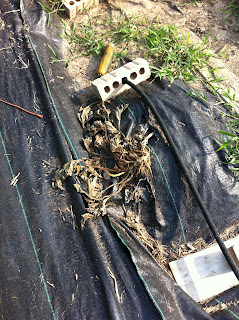 First the bad news.  ALL of my yellow squash and zucchini plants died.  :-(
They look as if they simply were not watered.
Also lost but not pictured was a cucumber vine and all of our Snap Pea bushes.   ;-(
If you look at the picture above, you will see the one and only zucchini
that grew but never made it.
I suppose I was arrogant to think that I would be enjoying zucchini in abundance this year.
The broccoli was also not maintained and ended up bolting.
This is only our second year gardening so next year, a watering timer is in order.
The Good 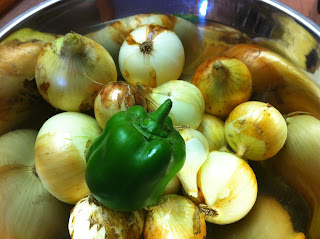 and a bit of the good news....
I for one was surprised to see a bell pepper harvested. 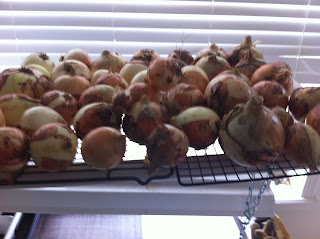 There were tons of onions, it was a good year for onions 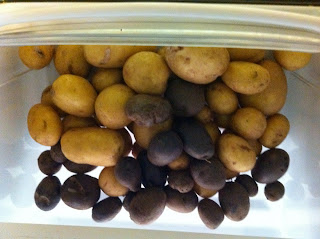 We were not quite so happy with the potato harvest.
We yielded much more last year when we just plopped the plants
in the hard un-tilled ground.
Maybe potatoes do not like to be babied with that rich awesome soil
we have in the raised beds? 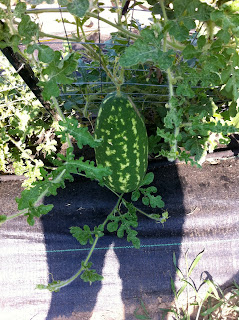 My hubs told me that the mellons would hang off the back
and drop when ripe, but I just thought that would be way too heavy.
Can't possibly be true.
Well lookey here! 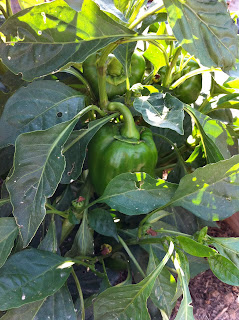 More Bell Peppers, leaving these on till they red this time. 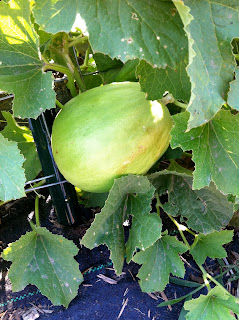 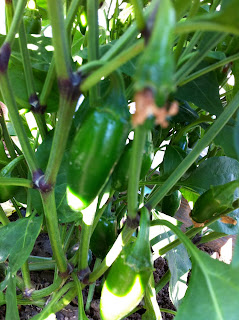 I returned home to TONS of Jalapeno's.
I suppose I will have to learn how to put these up. 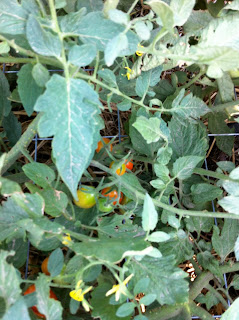 Tomatoes are getting red.
If I time this right, I can get tons of salsa made and put up.
The Ugly...